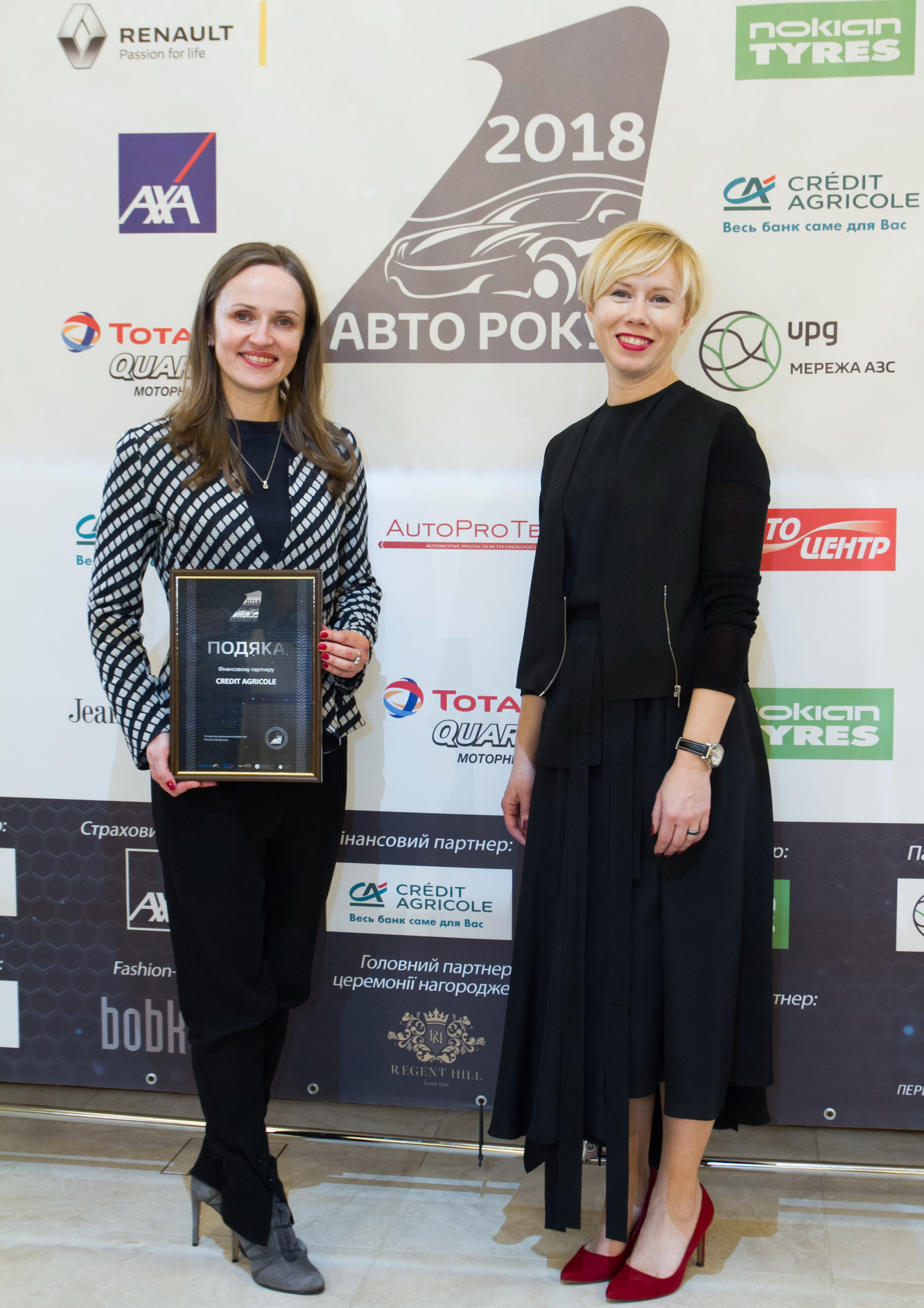 On February 6, the awarding ceremony of “Car of the Year in Ukraine 2018” competition took place in Kyiv. Credit Agricole Bank supported it as a financial partner.

Within the framework of grand event the winners were determined. They are passenger car Ford Fiesta and crossover Mazda CX-5. This year, 22 members of competent jury who represent mainstream media of Ukraine and about 45 thousand of Ukrainians voted for the best cars. All stages of the competition were overlooked by Baker Tilly, an independent audit company.

“It is not the first time that Credit Agricole Bank as a major bank for car enthusiasts supports “Car of the Year in Ukraine 2018” competition since it is based on our customers’ choice as well. Moreover, the majority of manufacturers of cars nominated in the competition are our partners, and it is important to bolster them up while their brands undergo independent assessment. We send our warmest congratulations to winners and express our appreciation to organizers for making the choice of the best possible”, says Galyna Zhukova, the Board Member of Credit Agricole Bank, responsible for the Bank’s retail, digital, and network activities.