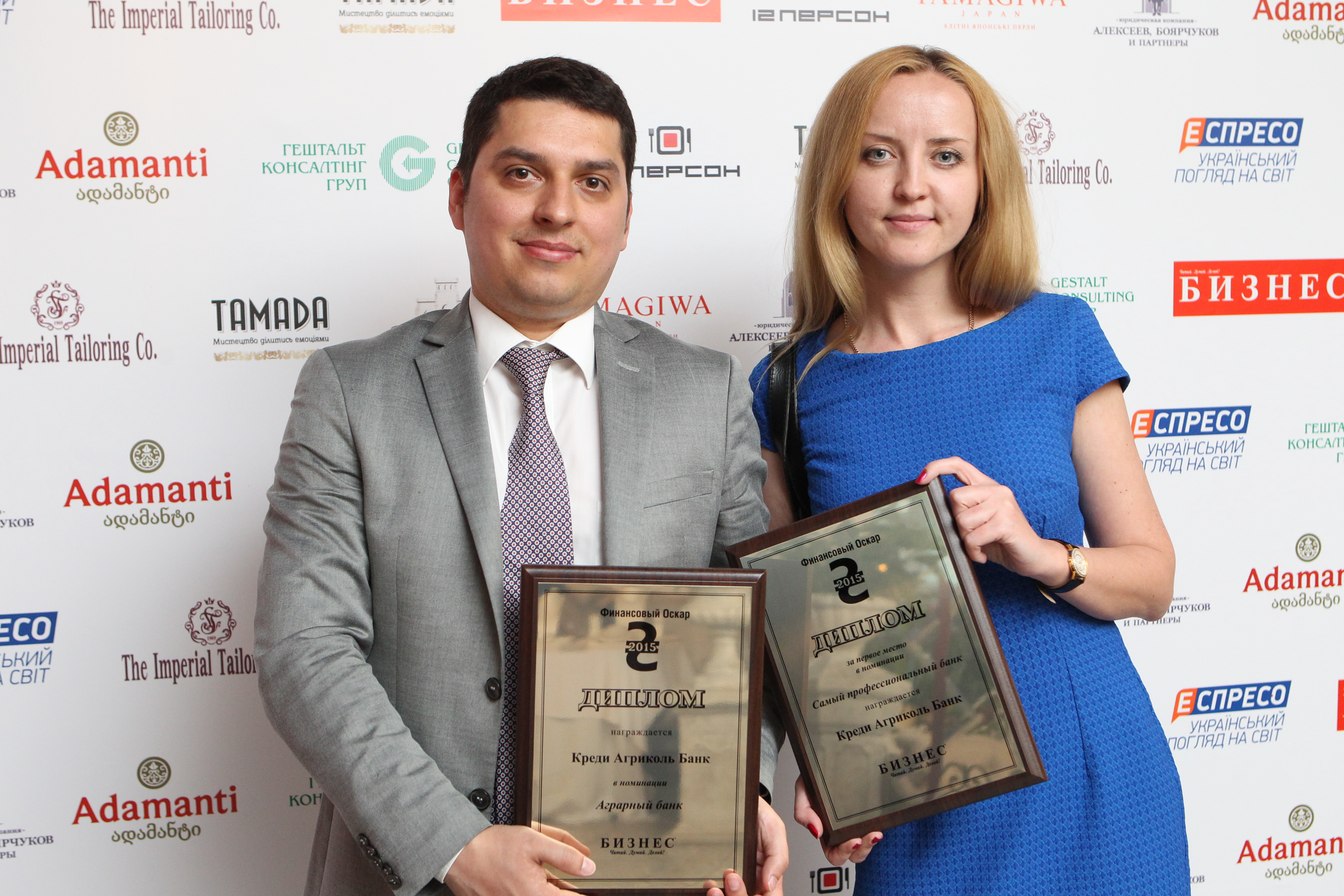 Credit Agricole continues to receive the highest rewards. Annual “Financial Oscar” from the “Business” magazine was awarded to Credit Agricole Bank as “The Most Professional Bank” of Ukraine. Moreover, for its achievements in support and financing of the agrarian sector Credit Agricole became a winner in the nomination “Agrarian Bank”.

Organizers of “Financial Oscar 2015” commented on the victory of the Credit Agricole Bank: “In 2015 this financial institution demonstrated impressive dynamics of key indicators. And its leadership was confirmed by jury voting. It should be noted that by results of the past year Credit Agricole was one of the few banks that managed to grow the UAH denominated corporate loan portfolio (+381 MUAH). Apart from that, the bank declared the profit of 441 MUAH and became number three by this indicator. By the way, the profitability of the winning bank is not a coincidence. It is confirmed by the fact that by results of the first quarter of the current year Credit Agricole gained the net profit in amount of 124 MUAH, which is by 51 MUAH more than in the fourth quarter 2015”.

The results of Credit Agricole for 2015 have already made it the winner in several ratings. “Financial Oscars” from Business magazine just confirmed sustainability, reliability and professionalism of the bank once again.

“We are sincerely thankful to the jury and professional community for such high recognition. We especially appreciate that the majority of experts who assessed the results of financial institutions were unanimous in the vision of Credit Agricole’s achievements. At the same time, such recognition motivates our team to move faster and set higher goals in order to stay the strongest and the most professional. Sustainability of Ukrainian financial system is based on reliability of financial institutions. Our task is to do the best to make our customers unconditionally confident in their bank and our employees – in their company”, said the Chairman of the Management Board of Credit Agricole Bank Jean-Paul Piotrowski.