Despite macroeconomic incertitude, which leads to pressure on Commercial volumes and narrowing of IRs spread, good 1Q 2019 with a Net Result of 440 MUAH

"Financial result after taxation of Credit Agricole Bank in the first quarter of 2019 reached UAH 440 million. Such result confirms the efficiency of the bank’s business model and reflects the consistency in implementation of the bank’s strategy. Net Banking Income increased significantly (+14% in comparison the same period of previous year). The good resistance of Net Banking Income reflects the ability of Credit Agricole Bank to diversify its sources of revenue as well as to increase lending to Ukrainian economy", - Giorgio Sopranzi, Member of the Management Board, Financial Director of Credit Agricole Bank, commented.

Performing loan portfolio (net of provisions) showed a steady growth of +27% or +UAH 5.3 billion in comparison with the similar period of last year. Quality of the loan portfolio is maintained on a high level, while loans provisions increased by 11% or UAH 0.2 billion in comparison with end of March 2018. Bank’s NPL ratio is one of the lowest among banks in Ukraine. At the end of Q1 2019 NPL coverage ratio remains prudent and maintained on a high level of 93.6%.

Crédit Agricole Bank's deposits portfolio amounted to UAH 29.1 billion at the end of March 2019, having increased by +16%, or by +UAH 4.0 billion in comparison with end of March 2018. The increase of deposits is on all business lines, but mainly on Corporate side. Customer deposits provide a comfortable level of liquidity to the bank, both in hryvnia and in foreign currency. Crédit Agricole Bank liquidity excess in FCY represents the equivalent of 50% of its customer deposits at the end of March 2019. Available liquidity buffer in hryvnia is placed in liquid instruments (CDs and T‑bills).

The bank continues to demonstrate a strong capital position with a capital adequacy ratio (N2) of 18.6% as of the end of March 2019, well above the regulatory minimal level (10%).

Net banking income is on high level. For Q1 2019 NBI amounted to UAH 903 million, which is +14% or +UAH 108 million more than in the same period of 2018. The bank has demonstrated growth in all components of net banking income, which confirms efficiency of the bank’s business model and consistency of strategy implementation.

Operating expenses of the bank increased by +20% or +UAH 63 million in comparison with the Q1 2018. Staff charges increased by +23% due to labor market pressure. Growth of other expenses by +UAH 20 million or +15% was mainly due to the significant investments into bank’s transformation and development.

Globally, despite the context, Gross Operating Income is keeping to increasing trend (+9% or +UAH 45 million in comparison with Q1 2018).

Cost to income ratio of Crédit Agricole Bank remains one of the lowest among Ukrainian universal banks, and did not deteriorate in a context of pressure on general expenses and investments.

JSC «Credit Agricole Bank» is a modern universal bank owned by the leading financial group in Europe – Credit Agricole Group (France). The Group is a major partner of the French economy and one of the largest banking groups in Europe. It is a leading retail bank in Europe, having the largest portfolio of assets under management, being first in the field of ban insurance and third - in project financing in Europe. Credit Agricole has been operating in the financial market of Ukraine since 1993 and renders the entire range of banking services to private individuals, including premium-clients, and business. The bank pays special attention to cooperation with agricultural enterprises. Reliability and business reputation of Credit Agricole in Ukraine is confirmed by the highest possible FITCH ratings, leading positions in bank sustainability, bank deposit reliability and bank profitability rankings, as well as by 300 000 active private and 18 000 corporate customers, including international corporations, large Ukrainian companies and representatives of small and medium business. Credit Agricole Bank is a socially responsible bank that confirms its status by the large number of projects implemented under the Corporate Social Responsibility program «We Care!».

Read more:
Credit Agricole is the leader in Corporate Social Responsibility among banks of Ukraine in 2021 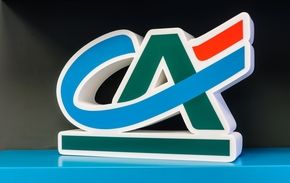 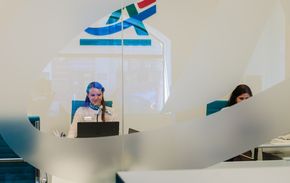