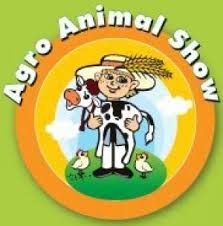 On 10-12 February 2016 PJSC «CREDIT AGRICOLE BANK» will take part in the International exhibition of the effective animal husbandry and poultry AGRO ANIMAL SHOW-2016.

We invite you to visit the Bank’s stand in the exhibition hall №2, where during three days the employees of PJSC ”CREDIT AGRICOLE BANK” will be working and they could consult you on all banking services and financing issues

Moreover, on 11 February 2016 in the framework of the Day of France the conference “Agroeconomic advantage of combining crop production and animal farming” organized and moderated by PJSC “CREDIT AGRICOLE BANK” will take place during the exhibition

Moreover, on 11 February 2016 in the framework of the Day of France the conference “Agroeconomic advantage of combining crop production and animal farming” organized and moderated by PJSC “CREDIT AGRICOLE BANK” will take place during the exhibition

We are waiting for you from the 10th till the 12th of February 2016 at the address: KyivExpoPlaza exhibition center, 2-B, Saliutna Str., exhibition hall №2.

The exhibition Agro Animal Show-2016 is supported by the government of France. The co-organizer of the exhibition is the French national agency Business France.

Detailed information on the site: http://www.animal-show.kiev.ua/ . 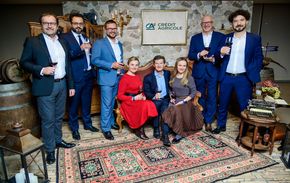