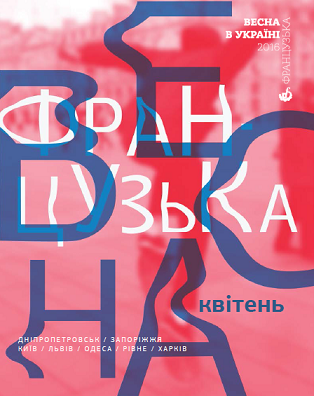 This April Kyiv, Dnipropetrovsk, Zaporizhia, Lviv, Rivne, Odesa and Kharkiv will live in the rhythm of diverse and rich festival program.

«Last year I promised that we will continue developing partnership with the French Institute in Ukraine, and that we will actively sponsor this festival even despite difficult economic situation. We believe that apart from banking business we are responsible for promotion of the French culture in the countries, where our bank is present. We are happy that we can give our Ukrainian friends, partners, and customers a possibility to become familiar with the French art in all of its forms», notes the Chairman of the Management Board Jean-Paul Piotrowski.

This year’s «French Spring» in Ukraine will be opened with a street light show «Anuki In Search Of Spring». The show will take place on 2 April on the European square in Kyiv. Kids and adults will see a light projection about funny Anuki people, who went in search of spring and passed all the seasons of the year on their way. French artists from the «Les Anooki» company have such a great skills in modern technologies and are so talented when it comes to fairytale stories, that for a few minutes the spectators will forget that the performance is happening on the façade of the Ukrainian House. They will feel as if they are the inhabitants of the magical country, where the happy people of Anuki live. Besides, pleasant gifts from CREDIT AGRICOLE BANK are waiting for everyone who’s going to visit this magnificent event. Look for the «tallest» people in the crowd, they will have the presents.

Overall the program of the French Spring this year is designed in such a way, so that you can travel from one art genre to the other opening new horizons of the French art. From pantomime play «BlahBlahBlah» which keep kids and adults entertained to modern concert of «Rapsodie» band playing a combination of classical and rap music. From new French films on the «Festival of Pre-premiere Screening» to «Three Masterpieces of Jacques Audiard» and unchangeable «Long Nights Of The Short Motion Pictures», which are already the classics of the «French Spring». From the diversity of the French and Ukrainian young illustration in visual projects organized together with Pictoric association to the grand concert «Vivat Offenbach!» in the National Academic Operetta Theater. Numerous meetings with writers, publishers, photographers, openings of exhibitions and many more events are planned to take place in the course of the «French Spring in Ukraine».

Detailed program of the «French Spring» in all the cities may be found here.

The tickets to the events in all the cities where the «French Spring» takes place will be drawn on the official Facebook page of the Bank.

Follow the announcements and take part in the draws!

Dive into the French art together with the «French Spring» and CREDIT AGRICOLE BANK!

PJSC «CREDIT AGRICOLE BANK» is a modern universal bank owned by the leading financial group in Europe – Credit Agricole Group (France). The Group is a major partner of the French economy and one of the largest banking groups in Europe. It is a leading retail bank in Europe, having the largest portfolio of assets under management, being first in the field of bank insurance and third - in project financing in Europe. CREDIT AGRICOLE has been operating in the financial market of Ukraine since 1993 and renders the entire range of banking services to private individuals, including VIP clients, and business. The Bank pays special attention to cooperation with agricultural enterprises. Reliability and business reputation of CREDIT AGRICOLE in Ukraine is confirmed by the highest possible FITCH ratings, leading positions in bank sustainability, bank deposit reliability and bank profitability rankings, as well as by 477 000 private and 35 000 corporate customers, including representatives of small and medium business, large Ukrainian companies and international corporations. 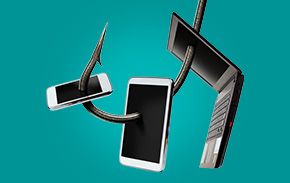 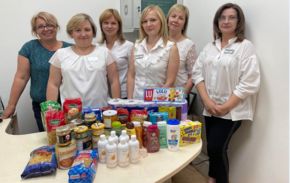 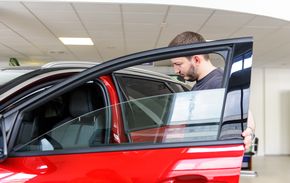