On May 30th 2018 Fitch Ratings has affirmed the Long-Term Foreign Currency Issuer Default Ratings (IDRs) of Credit Agricole Bank at 'B-' with Stable Outlook for the 3rd year in a row.

«Through this rating decision, Fitch confirms its positive assessment of Credit Agricole Ukraine as the bank receives the best rating possible in the country, taking into account the level of the country rating that limits the rating Fitch can grant to other rated entities. Fitch stresses the sound capitalization of the bank, a level the bank plans to further increase in preparation of the implementation of Basel 3 rules in Ukraine», - Régis Lefèvre, Member of the Management Board, Financial Director of Credit Agricole Bank comments.

The 'B-' Long-Term Foreign-Currency IDRs of Credit Agricole Bank and Support Ratings of '5' reflect the limited extent to which institutional support from these bank’s foreign shareholders can be factored into the ratings, primarily because of Ukraine's high transfer and convertibility risks as captured by the 'B-' Country Ceiling.

As mentioned in the official press release by Fitch, the affirmation of the Long-Term IDRs reflects Fitch's unchanged view of support prospects for the bank. Credit Agricole Bank’s VR at 'b' was affirmed due to limited changes in the banks' credit profiles since the last review.

The 'B' Long-Term Local-Currency IDRs of the bank, one notch above its Long-Term Foreign Currency IDR and the sovereign rating, take into account the slightly more limited impact of Ukraine's country risks on the issuers' ability to service senior unsecured obligations in the local currency, Ukrainian hryvnia, than in foreign currency.

The ratings of Credit Agricole Bank are as follows:

The bank’s 'b' VR, one notch above Ukraine's sovereign rating, reflect its relatively strong (in the local context) financial profile due to established franchise, solid asset quality and capital positions, good performance through the cycle, as well as ordinary benefits of shareholder support.

Credit Agricole Bank's good underwriting standards have resulted in relatively low generation of non-performing loans (NPLs, more than 90 days overdue), while sound earnings allowed it to be written off quickly. As a result, bank had relatively low NPLs, at 6% of gross loans at end-2017. Restructured loans also made up a modest 5% at Credit Agricole Bank. Some downside risks, stemming from foreign-currency loans classified as non-impaired (21% of gross loans at the bank) are potentially mitigated by export revenues of agricultural borrowers to whom such loans had mostly been provided.

The IDR of Credit Agricole Bank could be upgraded if Ukraine's sovereign ratings are upgraded and the Country Ceiling revised upwards, and downgraded in case of a sovereign downgrade.

PJSC «Credit Agricole Bank» is a modern universal bank owned by the leading financial group in Europe – Credit Agricole Group (France). The Group is a major partner of the French economy and one of the largest banking groups in Europe. It is a leading retail bank in Europe, having the largest portfolio of assets under management, being first in the field of ban insurance and third - in project financing in Europe. Credit Agricole has been operating in the financial market of Ukraine since 1993 and renders the entire range of banking services to private individuals, including premium-clients, and business. The Bank pays special attention to cooperation with agricultural enterprises. Reliability and business reputation of Credit Agricole in Ukraine is confirmed by the highest possible FITCH ratings, leading positions in bank sustainability, bank deposit reliability and bank profitability rankings, as well as by 300 000 active private and 18 000 corporate customers, including international corporations, large Ukrainian companies and representatives of small and medium business.

Read more:
Credit Agricole is recognized among TOP 50 best employers of Ukraine according to Forbes Ukraine 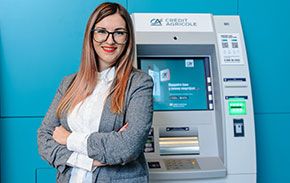 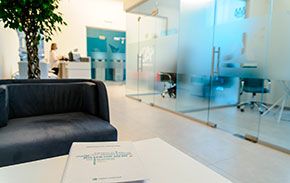 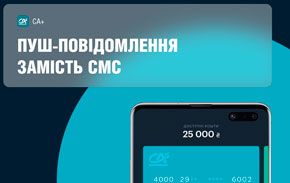