Credit Agricole Bank is the third most profitable bank in Ukraine

Credit Agricole holds the 3 position among the most profitable banks according to the data of banks’ financial results for 2015 published by the National Bank of Ukraine. In 2015 the bank got positive net profit in amount of UAH 441 million*, which by 287 million or 186% exceeds the result of 2014. Taking the third position in terms of profitability among all banks in Ukraine Credit Agricole Bank still is the only one out of top 3 which is universal bank serving all segments of clients.

Such result was achieved mainly due to higher income. Despite difficult economic situation in Ukraine and negative results of the local currency devaluation, in 2015 the net income (NI) of Credit Agricole Bank increased by 37% or by UAH 745 million.

“Financial result of the Bank is its main performance indicator, the litmus test for correctness of its strategy, business model and development vector. The results of Credit Agricole Bank evidence the sustainability of our financial institution and the ability of the bank to generate high positive result even in the challenging economic environment. In 2015 Credit Agricole Bank enhanced its liquidity and capital levels. Like in 2015 today our bank is one of the few foreign banks outrunning the growth of the banking system both in terms of loan and deposit portfolios”, commented the exceptional results the CEO of Credit Agricole Bank Jean-Paul Piotrowski.

“It is pleasing that despite the challenging economic environment, Credit Agricole Ukraine generated very good results for 2015. We have attained this respectable result due to our strategic focus and the stable base of our proven business model. Credit Agricole Bank expects its results to improve in 2016 in an improved environment, decrease of cost of risk overbalancing the reduction of interest rates” comments Regis Lefevre, the Management Board Member, the CFO of Credit Agricole Bank.
* under IFRS.

PJSC «CREDIT AGRICOLE BANK» is a modern universal bank owned by the leading financial group in Europe – Credit Agricole Group (France). The Group is a major partner of the French economy and one of the largest banking groups in Europe. It is a leading retail bank in Europe, having the largest portfolio of assets under management, being first in the field of bank insurance and third - in project financing in Europe. Credit Agricole has been operating in the financial market of Ukraine since 1993 and renders the entire range of banking services to private individuals, including VIP clients, and business. The Bank pays special attention to cooperation with agricultural enterprises. Reliability and business reputation of Credit Agricole in Ukraine is confirmed by the highest possible Fitch ratings, leading positions in bank sustainability, bank deposit reliability and bank profitability rankings, as well as by 442 000 private and 35 000 corporate customers, including representatives of small and medium business, large Ukrainian companies and international corporations. 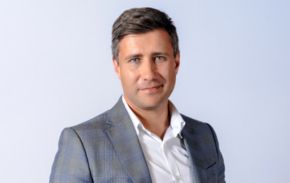