Ukraine prepares to feed the world – interview with Larysa Bondarieva 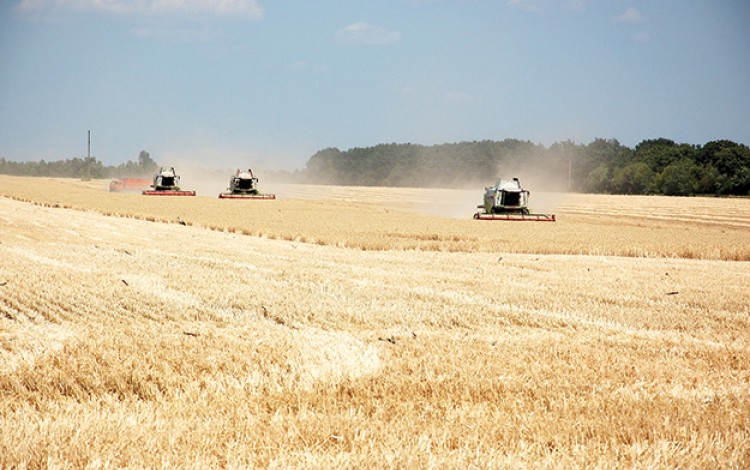 The Ukrainian agricultural sector is on track to export produce worth USD 18 billion this calendar year. If achieved, this total would represent a new record for an industry that is playing an increasingly central role in Ukraine’s economy and dominating the country’s international trade. The agricultural industry currently accounts for approximately 17% of Ukrainian GDP. Many expect it to occupy an even greater share of the national economy in the coming years as broadening international horizons and efficiency innovations at home help to fuel growth.

The timing of this agribusiness boom could hardly be better. With a rapidly rising global population pushing food security towards the top of the international agenda, agricultural powerhouse Ukraine appears ideally placed to benefit from growing international demand for foodstuffs. Much will now depend on the ability of domestic Ukrainian agribusinesses to rise to the challenges presented by the need to modernize production and meet the logistical and regulatory demands implicit in global expansion. These issues look set to dominate the agriculture sector in 2019.

Larysa Bondarieva, Deputy CEO at Credit Agricole Bank, believes this trend will continue during 2019 as Ukrainian agribusinesses look to consolidate existing positions and enter new global markets. “The potential of Asian markets will be the subject of further exploration efforts by Ukrainian agricultural companies in 2019,” she says. “India will remain a key destination for Ukrainian exports, while we will also see markets like Indonesia and Egypt growing in importance.”

Ms. Bondarieva identifies sub-Saharan African in particular as a potential focus for the coming year, pointing to Ethiopia as an example of a fast-growing African market that offers huge potential for Ukrainian exporters. As home to some of the world’s most rapidly expanding populations and economies, this certainly makes sense. Nor is the objective purely to export raw materials, with many Ukrainian companies exploring the possibilities of finding new markets for value-added goods. “More and more Ukrainian agribusinesses are looking at sub-Saharan Africa and exploring ways to export value-added items alongside more basic commodities,” comments Ms. Bondarieva. She believes this may require considerable powers of persuasion, explaining that many potential African partners are also eager to establish processing and production facilities of their own at the point of arrival in order to protect their local markets and create added-value products.

An emphasis on value-added exports looks set to be an increasingly prominent feature on the Ukrainian agricultural market in 2019, Ms. Bondarieva says. Ukraine’s traditional focus on commodities exports has meant that country has failed to benefit from the potentially far larger revenue streams created by value-added produce ready for store shelves. Instead, those further along in the production chain have typically enjoyed the biggest profit margins, often multiple times higher than the revenues coming to the original source in Ukraine. This makes the expansion of facilities to create more value-added produce a major priority for many Ukrainian agribusinesses.

Until recently, the need to invest significantly in new production facilities and the barriers created by tighter regulations governing saleable produce had combined to deter many Ukrainian exporters from pursuing this line. However, that now appears to be changing, with the opening up of EU markets and the broadening of global horizons encouraging Ukrainian agribusinesses to explore export upgrades. “We are seeing a growing number of requests from our Credit Agricole colleagues in Italy and France regarding financial support for Ukrainian companies seeking to purchase production equipment,” says Ms. Bondarieva. “It is too early to talk about a booming market, but there is a clear trend among Ukrainian agribusiness companies towards seeking new value-added export opportunities. They are investing in equipment and they are investing in training and education for their employees. This involves considerable expense, but it also places them among the leading international market participants and opens up huge opportunities for the future.”

Whether value-added or otherwise, Ukraine’s agricultural exports must still reach international markets. In recent years, growing volumes have exposed the inadequacies of Ukraine’s often outdated and inefficient agricultural infrastructure. The country’s railway cargo services in particular have proved unable to handle the strain of bumper harvests, with complaints about insufficient wagons becoming commonplace as producers face the frustration of being unable to deliver their crops to waiting international markets.

Many agribusinesses have responded to these shortcomings by investing in their own wagon parks, often numbering in the hundreds of units. Ms. Bondarieva believes the creation of individual company wagon fleets will continue during 2019 alongside parallel demands for the right to purchase and maintain private sector locomotive engines. A major obstacle will be the potential loss of revenues to the state rail service, which is currently the monopoly provider and uses freight cargo revenues to offset losses incurred by Ukrainian passenger trains. This creates powerful incentives to prevent agribusiness companies from using their own locomotives, but pressure in this direction is likely to mount during the coming year due to the scale of the losses involved and the strategic importance of the agricultural industry for the broader Ukrainian economy.

Ms. Bondarieva is confident that agricultural infrastructure in general will remain one of the key investment sectors in Ukraine during 2019. It is worth noting that over the past five years, the majority of nine-figure USD investment projects in the country have been agricultural infrastructure upgrades of one kind or another. Ukrainian and international investors alike have shown a willingness to finance major undertakings including processing plants, port redevelopments and cargo capacity improvements. The Larysa says this will remain a long-term focus and points to particular interest from international partners such as China, which has shown a particular appetite for infrastructure investments.

As Ukrainian agribusinesses look to improve output and streamline the logistical issues of transporting cargoes to export markets around the world, a growing feature of the domestic industry is the use of new technologies. The booming Ukrainian IT sector is finding an attractive outlet in the country’s agribusiness industry, with the numerous obvious synergies between the two providing fertile ground for innovation. Ms. Bondarieva believes the agriculture industry’s receptiveness to new technologies is amplifying the natural advantages created by Ukraine’s traditionally strong tech sector. “Almost all the major agricultural companies in the country are now employing ag-tech tools for tasks like monitoring the weather and soil conditions and I see considerable appetite for more. Ukrainian agribusinesses are proving to be fast adopters and enthusiastic adapters of ag-tech breakthroughs, with a readiness to invest.”

Ms. Bondarieva says support for the development of Ukraine’s ag-tech segment will be among Credit Agricole Bank’s strategic focuses in 2019, and sees it is a way of bringing the Ukrainian agricultural industry closer to its goal of a leading role in global food security. “Ukraine still suffers from a lot of inefficiency issues connected to farming practices,” she offers. “By expanding ag-tech knowledge, this gives the industry the chance to close the gap.”

About the interviewee: Larysa Bondarieva is a Deputy CEO at Credit Agricole Bank in Ukraine 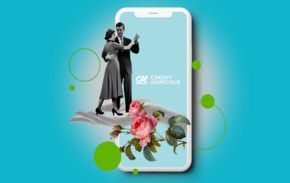 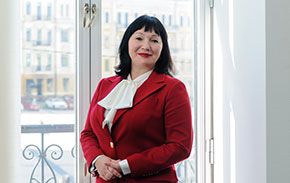 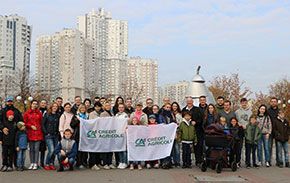