In May 2016 the team of agro experts of Credit Agricole Bank together with representatives of the national agrarian portal Latifundist.com made an expedition dedicated to the topic of “Rye”.
There is a good reason for attention to this topic. The trends of recent years showed that the culture of bread consumption has changed in Ukraine dramatically. As rye was not very popular and for economic reasons (low purchase price for this grain), the areas of this crop reduced in favor of winter wheat. Some producers were waiting for fair price and stored crops for several years. During past three years Ukraine used the carryovers that are exhausted by now. As a result, our country experiences the deficit of rye on the internal market. For the first time ever this year the price for rye was higher than the price for winter wheat. And Ukraine that used to be rich for rye has to import it from Belarus while rye bread became a real delicatessen for the Ukrainians.

The route of AgroExpedition crossed the Polissia districts where growing of this crop is traditional: Chernihiv, Kyiv, Zhytomyr, Volyn, Rivne and Khmelnytskyi regions.

Participants of AgroExpedition visited more than ten entities. All enterprises show positive trend to gradual increase of rye seeding areas. The producers find this crop growing promising. Today none of them faces any problems with sale. The products are sold on the local market while bakeries are looking for producers, order grain well in advance and line up to buy it.

The expert of agrarian expertise division of Credit Agricole Bank notes: “The demand for rye today is about 450 thousand tons per year, including 350 thousand tons – for bread baking, 50 thousand tons – for feedstuff, the rest – for export. According to preliminary calculations, this year the crops of winter rye will be gathered from the area of 150 thousand hectares (which is by 50 thousand hectares less than in the past year because of draught during seeding campaign). According to the officially declared average yield in Ukraine in the past year (2.3 t/hectare), obviously, rye producers will not be able to satisfy the internal demand this year”.

Who is interested in rye growing? First of all, these are Northern regions of the country where soil quality is worse than on the other territory of Ukraine. Rye is an alternative crop for smaller and less rich entities. Richer enterprises prefer soya and corn. At the same time, such giants as “Svarog West Group” that have own bakeries are interested in rye growing.

Thus, summarizing the work in Agroexpedition, we can state that rye is a promising crop. And if the focus is made on high yield potential hybrids, the profits may appear “tasty” as 6 t/hectare (and 9 t/hectares in case of correct technologies) is an attractive indicator. The important factors are favorable weather and agricultural techniques.

PJSC «CREDIT AGRICOLE BANK» is a modern universal bank owned by the leading financial group in Europe – Credit Agricole Group (France). The Group is a major partner of the French economy and one of the largest banking groups in Europe. It is a leading retail bank in Europe, having the largest portfolio of assets under management, being first in the field of bank insurance and third - in project financing in Europe. CREDIT AGRICOLE has been operating in the financial market of Ukraine since 1993 and renders the entire range of banking services to private individuals, including VIP clients, and business. The Bank pays special attention to cooperation with agricultural enterprises. Reliability and business reputation of CREDIT AGRICOLE in Ukraine is confirmed by the highest possible FITCH ratings, leading positions in bank sustainability, bank deposit reliability and bank profitability rankings, as well as by 442,000 private and 35,000 corporate customers, including representatives of small and medium business, large Ukrainian companies and international corporations.

Read more:
Credit Agricole signed an agreement with the EFSE to support agribusinesses in Ukraine 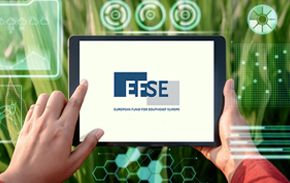 Credit Agricole donated more than UAH 2,000,000 for purchase of medical equipment for Institute of Pediatrics, Obstetrics and Gynecology 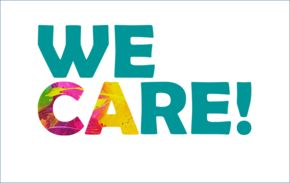 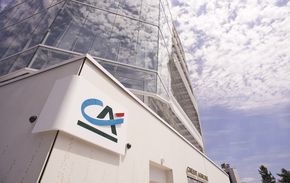