The expectations of the operator... 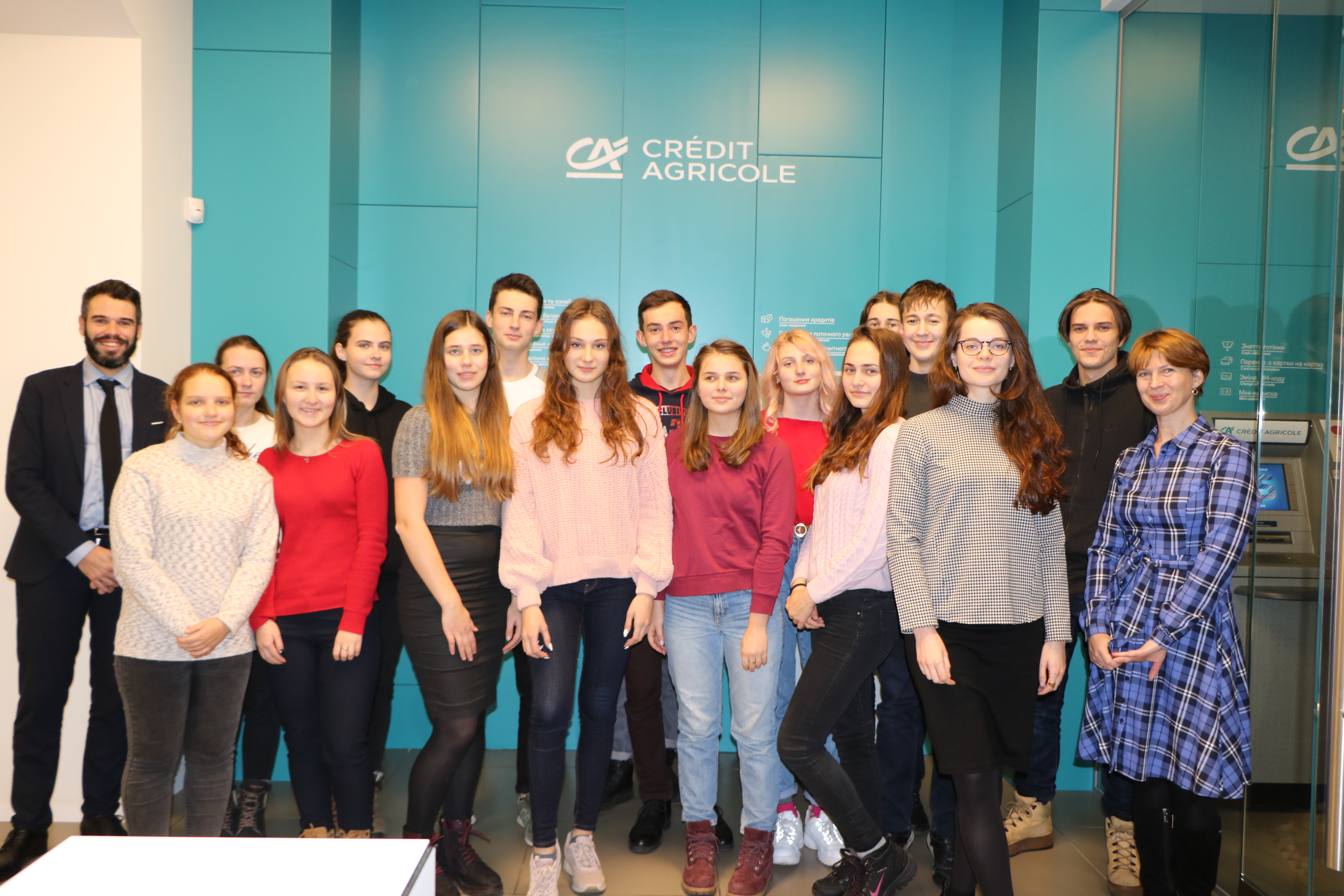 At the end of November, Credit Agricole Bank launched the «Parlons Français» project designed to popularize learning of the French language in schools. Within the project, employees of the bank, French native speakers, hold meetings with high school students and communicate with them only in French. The «Parlons Français» project is held on the occasion of the Year of the French language in Ukraine.

«For many years, our bank has been facilitating the development of France–Ukraine relations not only in economic, but also in cultural aspect. By helping to promote the French language in Ukraine, we contribute to the extension of cultural ties between our nations. The academic year 2018 – 2019 was declared the Year of the French language in Ukraine and on this occasion we decided to organize the educational project «Parlons Français». The Frenchmen work in our bank and they can convey the subtleties of the French language command in the best way. The pilot project was launched in Kyiv, but we plan to expand the geographical scope of this initiative and make cities of other regions join it», Galyna Nechaeva, HR Director of Credit Agricole Bank comments.

The event was attended by 15 students of Kyiv specialized school No. 269. During the meeting the team of the bank gave a tour of a new flagship branch and organized an interactive game to improve the French vocabulary of the students. Additionally, the pupils were briefed about the bank and the Credit Agricole Group, development prospects of banking system, as well as the latest technologies in the finance industry. The meeting took place in Podil branch, which combines innovative digital tools, and live communication.

«Credit Agricole is really concerned about the French culture in Ukraine. Since Ukraine is celebrating the Year of the French language, it was important for us to spend a good time with French learning students. We have been playing games on the theme of finance with them in our new branch model outlet. These 14-year-old students have impressive level of the French language skills. This is an experience we have to renew», Boris Guitton, speaker of the project, Head of the Digital Business Development Department of Credit Agricole Bank says.

It should be mentioned that the first meeting under the «Parlons Français» project received positive feedback from representatives of Kyiv specialized school with advanced teaching of French No. 269.

«Our school is grateful to the bank for the invitation and a chance to communicate with real Frenchmen. Students liked a friendly atmosphere, a modern branch, and a fascinating interactive game very much. As a teacher I understand how important it is to speak with native speakers, broaden your knowledge, and go beyond the school lessons», Liubov Romenska, a teacher of Kyiv specialized school with advanced teaching of French No. 269 comments.

«It was nice to see the interest of the kids during the event. We have managed to keep them off their smartphones for more than an hour. Their level of proficiency in French was rather impressive and they were keen to learn even more while playing our games», Stanislav Perevezentsev, speaker of the project, an analyst of the Digital Business Development Department of Credit Agricole Bank, shares his impressions.

PJSC «CREDIT AGRICOLE BANK» is a modern universal bank owned by the leading financial group in Europe – Credit Agricole Group (France). The Group is a major partner of the French economy and one of the largest banking groups in Europe. It is a leading retail bank in Europe, having the largest portfolio of assets under management, being first in the field of bank insurance and third – in project financing in Europe. Credit Agricole has been operating in the financial market of Ukraine since 1993 and renders the entire range of banking services to private individuals, including premium-clients, and business. The Bank pays special attention to cooperation with agricultural enterprises. Reliability and business reputation of Credit Agricole in Ukraine is confirmed by the highest possible FITCH ratings, leading positions in bank sustainability, bank deposit reliability and bank profitability rankings, as well as by 460 000 private and 26 000 corporate customers, including representatives of small and medium business, large Ukrainian companies and international corporations.