According to interim financial statements data, Credit Agricole Ukraine (CAU) reached in 1H 2016 a positive net profit of UAH 316 million, showing an increase by UAH 67 million as compared to 1H 2015.

This result has been achieved on stable revenues and declining risk charges. CAU’s Net banking Income (NBI) stayed almost at the same level in 1H 2016 as compared to 1H 2015 (+1%) despite the decrease of interest rates and Fx spreads. Growth of expenses reflects the increase of salaries and investment in new projects, out of which digitalization ones. Risk charges decreased – from their high levels of the first semester 2015 – by 19% or UAH 125 million.

These figures confirm the resilience of CAU business model and its ability to generate regular high positive net results. 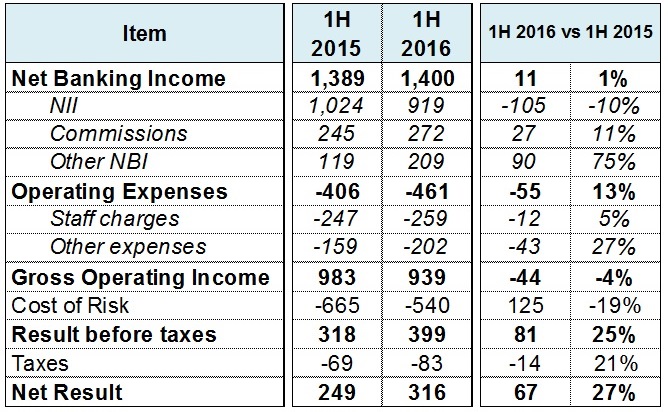 *CAU’s Interim Financial Statements are elaborated according to IFRS. Additionally, the detailed quarterly financial statements will be published on the bank's website.