This result was achieved thanks to higher revenues and declining risk charges. Credit Agricole Bank’s Net banking Income (NBI) increased by UAH +85 million in 9M2016 as compared to 9M2015 (+4%) despite the decrease of interest rates and FX spreads. Risk charges decreased – from their high levels in the first nine months of 2015 – by +24% or by UAH +231 million, which reflects the improvement of the economic situation in Ukraine as well as Credit Agricole Bank risk monitoring policy.

Credit Agricole Bank, by means of attracting new customers in corporate and private sector, keeps diversifying its loan book and investing in the Ukrainian economy. Its loan portfolio increased by +15% or UAH +2.5 billion (growth of +14% for Corporate loans and +21% for Private individuals). As a result, Total assets rose by +26% and amounted to UAH 29.2 billion.

Customer deposits also increased by +31%. Corporate deposits grew by +41%, deposits from Private individuals by +8%.
The bank continues to demonstrate strong capital position with a capital adequacy ratio (N2) of 16.43% after the payment of dividends on FY-2015 profit. Credit Agricole Bank belongs to the few banks able to pay dividends to its shareholders.

“Growing assets, lower risk charges and increasing net result. Credit Agricole Bank ends the third quarter with its best quarterly net profit ever realized, at UAH 245 million. The bank once again confirms its ability to generate high and regular profits as well as to contribute to the development of the Ukrainian economy with a progression of the loan portfolio of all its businesses” commented Regis Lefevre, member of the Management Board, Chief Financial Officer of Credit Agricole Bank and “Best Bank’s CFO” award winner for the two last years.

Credit Agricole Banks’s Interim Financial Statements are elaborated according to IFRS. Additionally, the detailed quarterly financial statements will be published on the bank's website. 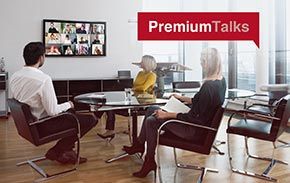 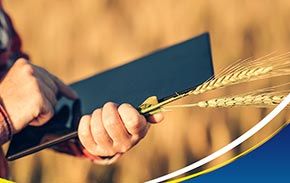 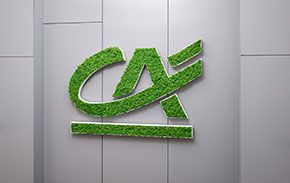