The Chair of the Management Board of PJSC “CREDIT AGRICOLE BANK” Evgeniya Chemerys: «Put in a good word for the poor hryvnia…»

Expert opinion of the Chair of the Management Board of PJSC «CREDIT AGRCOLE BANK» on the pages of Ukrainian edition Mirror Weekly.

I wanted to write this article for a long time… Back in 2005, when hryvnia suddenly strengthened to five per dollar, newspaper headlines were riddled with accusations «Babushkas were robbed!» meaning that the dollars kept under the mattresses by pensioners «slimmed down» significantly. I wish we all had such grannies with so many dollars that strengthening of the national currency created problems for them.

In 2008, when hryvnia plummeted to 8, «Babushkas were robbed!» slogans were back again, only this time they were talking about those keeping savings in hryvnia.

In the fall of 2012 we once again saw exchange rate fluctuations and short-term hryvnia crash to ten, which was halted by strict administrative measures and «witch hunting». As always, the innocent suffered and were punished, while the problem of unavoidable devaluation remained unsolved, just postponed till better times, till after the elections…

I wanted to write but did not do it because I did not believe that the government back then had enough courage or desire to «touch the sacred cow», as one of the journalists had emotionally described a habit of Ukrainian people to think only in terms of foreign monetary units.

What made me speak out now when hryvnia is facing yet another disaster but keeps weathering all the challenges as a steadfast tin soldier?

We bankers are indeed guilty towards our citizens because instead of giving timely explanations and delivering correct information, we hold on to our favorite maxim «money loves quiet» and keep quiet. While some dishonest so-called «analysts» and propaganda politicians keep talking, using any event in the financial market as an excuse to get over with the opponents. I am not willing to become the likes of them, so I’ll get straight to the point and explain the essence of the steps recently undertaken by the National Bank

So what’s new in the NBU Resolution No.540 so actively criticized these days?

First of all, it reintroduced the limits on FX transfers of private individuals to their relatives abroad made without valid reasons but out of desire to get their money out of the country in distress. This desire is purely understandable – the self comes first – but it is totally unpatriotic (I can picture your cynic smiles). And it is not about slogan patriotism, it is about that vicious circle we all keep running around in as squirrels: currency is drawn out of the country – hryvnia exchange rate goes down – we are in a hurry to draw out the next portion.

The fact that foreign currency is being drawn out abroad this way became especially obvious within the last three months, when the limitations were not in force. Naturally, when seeing hundreds of millions of dollars that are so desperately needed to support the domestic market drifting away to the other countries, the NBU could not but react and limited such transfers to the equivalent of UAH 150,000 per month. So what? 11-12 thousand dollars is more than enough to keep a relative abroad afloat. Besides, the National Bank has not imposed any limits on payments related to a host of necessary services abroad, such as medical treatment, studies, court and notarial expenses, etc. But sometimes our people are so creative that they manage, not even having any relatives abroad, to transfer up to USD 2 million «for studies» in a foreign university, that is why now bankers are obliged to scrutinize all the transfers and detect such obvious fakes.

Second, they have finally managed to rectify their initial mistake which allowed for disbursement of cash transfers from abroad in foreign currency via various systems such as European Western Union, MoneyGram, Russian Unistream and others, without opening accounts with Ukrainian banks. Disbursement of such transfers was previously possible only in certain outlets properly equipped for delivery and storage of foreign currency. From now on these transfers may be paid all over the country, even at the most remote populated centers that have only small bank outlets which are not allowed to work with foreign currency. Moreover, post offices that sign the agency agreements with the banks may also disburse such transfers, which was impossible for foreign currency payments.

This way these transfers made without account opening regain their original purpose: supporting relatives in the most remote places of the country with small amounts for everyday life. Those who rushed to call it a «confiscation» are either wrong, or misleading. Because large amounts used for savings or investments may and should be transferred between accounts following all the necessary banking procedures. The truth is that nobody is going to convert money that came to an account with the Ukrainian bank: you may place it in the deposit, pay for allowed services abroad, withdraw in cash (subject to the effective limitations, of course). Moreover, such transfers in SWIFT system are much cheaper than cash transfers without account opening. So what seems to be the problem that caused such turmoil? The answer is simple: only a person staying abroad legally and having legitimate sources of income may open an account abroad and make a transfer therefrom. While cash transfer systems are not that concerned with the legitimacy. But let me remind you that we have struggled a lot to get EU association in order to come out of the «twilight zone». So if we are really fighting against «shady business», let’s start with ourselves!

Third, let’s take a closer look at one of the main irritants of the recent innovations – prohibition on withdrawal of foreign currency cash in Ukraine using plastic cards, which was dubbed «robbing of FX account holders». What’s it all about? Any customer can open either a regular current account, or a card account with the bank. With that, he/she can freely transfer money between the accounts. No conversion of funds withdrawn in cash from the current (not card) account is introduced: you still can withdraw foreign currency, though the amount is limited to the equivalent of UAH 15,000 per day. A bit inconvenient but manageable. The main thing here is not limits, but bank’s liquidity, i.e. its ability to disburse this money. Can you see what I am getting at? If you want to withdraw foreign currency in cash – transfer it from your card to current account and then withdraw. Where is «robbery» in here?

You might be asking why it has to be so complicated. And here is why: there are two ways to get cash from a card: via an ATM and via a POS-terminal in the cash office of the bank. All ATMs in Ukraine are filled with hryvnia only, so such forced conversion existed for a long time, everybody knew about it and nobody minded. When a card holder wanted to get foreign currency cash, he/she would go to the bank’s cash office and ask the teller to make a transaction via a POS-terminal. But, along with the customers of Ukrainian banks, this service was also ordered by the foreigners with the cards of foreign banks. That is why one of the useful features of the new regulation is elimination of the channel for turning somebody else’s cashless foreign currency into cash on our territory. Once you are in Ukraine – withdraw hryvnia and use it! Especially now when some of our «beloved» neighbors who accidently «got lost» on our territory rudely insist on acceptance of their monetary units in our stores in the East of the country.

This is a brief overview of basic innovations introduced by the Resolution No.540.

And finally I have to say…

It is totally inappropriate to speculate on the subject of «what we fought for at Maidan» when it comes to our national currency. Introduction of hryvnia is the second most important event in the recent history of Ukraine after the declaration of independence. It is our national treasure. The steps undertaken by the NBU to save hryvnia should be correctly understood and perceived as the «necessary evil». August was rich in various resolutions. Not all introductions are perceived unambiguously. But the NBU is open and ready for dialogue. They are not gods; they are like us and need our support with word and deed. And the hysteria from some good-for-nothing commentators is obviously working against Ukraine. Why have enemies when we have «friends» like that? 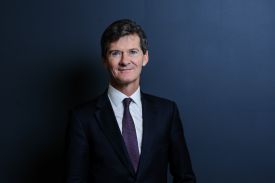 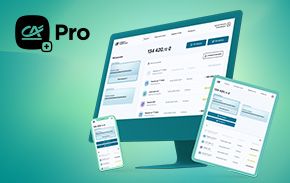